Home » The Blog » Food, History and Culture » Dumplings around the world

Everyone has their own idea of what dumplings are, and for many this might be Chinese dumplings. But there are many kinds of dumplings around the world. Although I, personally, will always be most fond of the dumplings from my home country.

Dumplings are a big part of a Polish cuisine and they’ve been part in my life ever since I can remember. When I was little, my family would gather to make dumplings at least one weekend every month. My mum would make the dough and then flatten it with a rolling pin. Then one of my sisters and I would cut the round shapes with a drinking glass, stuff it with filling and glue each dumpling shut using our fingers.

We would have them for dinner that day and then freeze quite a few portions. It was great, because on those busy days, we only needed 10 minutes to cook them.

But on my travels I discovered many kinds of dumplings around the world.

I’m constantly amazed at how many there are. I still haven’t tried them all, but in this blog post I write about the ones I have tried.

Read on to discover my favourite dumplings around the world.

Dumplings around the world: Poland

In Poland, there are a lot of types of dumplings. The most common are meat dumplings (we would usually add some liver to it to make the teste a bit stronger), ‘Russian’ dumplings (made with curd cheese, potatoes, and onions), and dumplings with sauerkraut and mushroom.

There are also many other varieties, especially in restaurants that specialise in serving dumplings. There you might find 20 or so different kind of dumplings. You’d most commonly eat them boiled, but they might be fried or baked as well.

These dumplings tend to come in two shaped. The first of these is called pierogi, which is a flat shape. The other is called uszka, which literally translates to ‘little ears’ due to their shape.

Kopytka are a bit similar to Italian gnocchi, but bigger. They’re made with boiled potatoes, flour, and eggs and are usually served boiled or fried, often with a topping of onion or bacon (or both).

The literary translation of Kopytka is ‘little hooves’, and they’re so called because of their shape.

Pyzy characteristically has a round shape: either a small ball or a larger flattened ball. There are two different kinds, one is made using potatoes, often with a meat filling, and the other using flour and yeast. You can have either with a variety of fillings, or without fillings.

Sweet dumplings can be filled with different kinds of fruit, strawberries, berries, apples and many other types of filling. They’re served boiled, traditionally with cream and sugar.

These are dumplings are called lazy because they are easy and fast to make. It takes just 10-15 min to make a portion for a few people.

You just need to combine curd cheese, eggs and flour, roll the dough and then cut it into smaller pieces. And then put the dumplings into boiling water for a few minutes.

Lazy dumplings are usually served with melted butter and sugar. These are one of the foods I miss the most when I live abroad, as it’s difficult to get curd cheese outside of Central and Eastern Europe.

Knedle are made from potatoes, eggs, and flour, and then stuffed with strawberries or plums. It’s usually eaten with cream and sugar.

These are also very common in Germany, where you can find the Thüringer Kloßmuseum, the only potato dumplings museum in the world.

Dumplings around the world: Italy

There’s a good chance you’re familiar with Italian dumplings, but I’m listing them here for completion. Tortellini smaller and usually horseshoe shaped, while ravioli is larger and flat.

Both tortellini and ravioli have many different fillings. Because they’re also a type of pasta, the Italians serve them up with a lot of different sauces.

Dumplings around the World: Chinese Dumplings

Chinese traditional dumplings can contain a lot of different fillings, including meat, seafood or vegetables. They are traditionally made for Chinese New Year. At this time, the whole family gathers together to make them.

The Chinese also put a coin in one of the dumplings. If you get the dumpling with the coin in, this is supposed to bring you good luck in the New Year.

They aren’t just a New Year thing, though, and are eaten throughout the whole year. It’s even possible to buy already cut dumpling dough slices in a supermarket, so all you need to do is boil or fry them back home.

One time, my students invited us to make dumplings in a classroom. They brought the fillings, a hot plate, and a pot, and we had a little dumplings party.

The Japanese version of this is called gyoza.

You might have seen steamed buns at a dim sum restaurant. They are round and can be filled with many things, including a red bean paste, meat or vegetables. You can also find them in Vietnam under the name banh bao (this time containing peppered pork mince, onions and quail eggs).

They are great for breakfast, and can be found almost everywhere in China and Vietnam in the morning.

Hakka dumplings were a bit different kind of other dumplings we encountered in China. We first learnt about them when we travelled to see the Tulou in Fujian Province. These are more glutinous than the dumplings I’m used to. These are worth trying as they are absolutely delicious.

We came across them while walking through a small Chinese village a few days before Tomb Sweeping Day (Qing Ming). A few older ladies were making them outside. We got very intrigued as we had never seen green dumplings before. We bought a couple and then stayed a moment to watch. These are bigger than normal dumplings and the dough is kind of gooey. The filling is spicy (we immediately had to drink some water), but still they were delicious.

Korean dumplings are a bit bigger than Chinese dumplings, but like Polish uszka, the ends are stuck together, so they form kind of a ring. They are usually served in a fish soup, often with rice cakes. They’re filled with meat, vegetables and often some glass noodles, but there’s a vegetarian version as well.

I encountered these dumplings in a Georgian restaurant in Cracow, Poland. Quite unusually, these dumplings are eaten by hand (in Georgia eating them using knife and fork is considered impolite). They can be filled with meat, vegetables, and many different things. They also have a little bit of soup inside, which you need to suck out just after the first bite if you don’t want things to get messy.

Thank you for reading my post about dumplings around the world.

These are the different dumplings I have tried. I’m sure this list isn’t comprehensive, but I will be adding more with time. Have you tried any of the dumplings on my list? Or maybe you’ve tried a different kind? Let us know in the comments below. 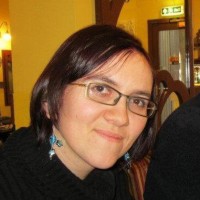 One thought on “Dumplings around the world”

Send this to a friend
We use cookies to ensure that we give you the best experience on our website. To provide the most personalised content for you, we collect data such as IP addresses. If you continue to use this site, you consent to our collection of this non-sensitive data. and our use of cookiesThanksPrivacy policy